Has your career path been influenced by living with T1D or having a loved one with T1D?

Home > LC Polls > Has your career path been influenced by living with T1D or having a loved one with T1D?
Previous

If you’re a person with T1D, after having a rollercoaster day with multiple highs and lows, how affected do you most often feel - physically and emotionally - once your blood glucose levels are stable?

If you’re a person with T1D, have you experienced symptoms of Raynaud’s phenomenon (a condition where the hands or feet experience temporarily less blood flow, become very cold, and may turn white or blue)? 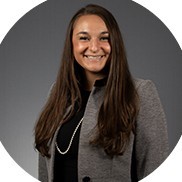 Do You Ever Change Your Lancet?

Has your career path been influenced by living with T1D or having a loved one with T1D? Cancel reply