Emily Marcum was excited to take her parents, John and Andrea, on a 10-mile walking tour of Manhattan and Brooklyn when they came from their home in Las Vegas to visit her in New York. Diagnosed with type 1 diabetes at age 12, Emily moved to New York City to attend college at Queens College, pursuing a degree in elementary education with plans of one day teaching English to children in other countries.

Managing your blood sugar during a 10-mile walk is likely a challenging activity for many with type 1 diabetes, but Emily’s energetic spirit and admiration of her new home in the city meant 10-mile adventures were her new norm.

“I walk so much all over the city all the time,” says Emily. An avid athlete in high school, she never thought twice about choosing to walk miles and miles to a new destination over taking public transportation.

That day, however, the combination of the many variables that affect blood sugar levels and insulin sensitivity had Emily’s blood sugar dropping rapidly.

About 7 miles into their walk, as the Marcum family crossed over the Brooklyn Bridge, Emily started feeling her usual symptoms of hypoglycemia. Prepared with a decent supply of Skittles in her purse, she ate 20 of them (roughly 20 grams of carbohydrates) and hoped she could satisfy the remainder of her low blood sugar with a decent lunch.

“We were probably a half-mile from where I was taking them to eat lunch when I thought, ‘Gosh, I really don’t feel good,’” recalls Emily. The trio quickly realized lunch needed to happen at the next nearest spot to eat.

Now walking arm-in-arm with her mother for stability, Emily’s head began to jerk away from her mother in a strange, and at first, seemingly comical way.

“I didn’t know what she was doing,” recalls Andrea, “so I said, ‘Emily,’ and she didn’t respond. I said her name again a little louder and she still didn’t respond. I looked at her face and realized she was having a seizure as she became stiff, and her eyes went up into her eyelids.”

With 29 years of nursing experience each, Emily’s parents carefully lay her down onto the sidewalk where their daughter endured a grand mal seizure for roughly two minutes.

Andrea tried squeezing a tube of cake icing into her daughter’s mouth to absorb into her gums, but it was clogged and difficult to administer. Andrea quickly opened her backpack – inadvertently spilling the contents onto the sidewalk – and found the box of Baqsimi – a treatment for severe hypoglycemia. They put the Baqsimi plunger gently into one of her nostrils and squeezed the powder-form treatment into her nose.

“It was terrifying,” recalls Andrea. “John and I are both nurses and our adrenaline was high.”

In fact, as nurses, both of Emily’s parents train other staff members at their office on a monthly basis in administering intramuscular glucagon injections using the traditional emergency glucagon treatment.

When faced with the real-life event as their own daughter seized right in front of them, they are grateful they didn’t have to struggle with the tedious steps of mixing ingredients, redrawing the mixed solution, and jabbing the severely large intramuscular syringe into their daughter’s thigh.

“She was in and out of consciousness,” adds Andrea.

Common with the recovery process of severe hypoglycemia and seizures, Emily also vomited several times after regaining consciousness. She spent the next several days in bed as her brain and body recovered, adding that it truly took over a week to fully recover.

With nearly 10 years of type 1 diabetes under her belt, Emily says she had truly never thought something like this would ever happen to her.

“You hear that people have seizures from low blood sugars,” says Emily, “but I’ve never needed an emergency treatment before.”

More startling is just how quickly Emily went from walking on her own two feet to having a seizure.

“I never really advertised my diabetes to my friends before,” says Emily. “But I do know now that I have to tell people. I’ve told my roommates and my friends about my diabetes, where my Baqsimi is, and how to administer it.”

Teaching your friends how to press a plunger gently into your nose is significantly different than asking them to mix two ingredients and give you an intramuscular injection during a very panic-inducing emergency that can even throw two veteran nurses off-kilter.

“I tell my friends that my Baqsimi is the bright yellow tube in my glucose meter bag,” says Emily. “I’ve told them to call 911 and to give this to me in my nose.”

“Even with our extensive training,” adds her mother, “it would have been extremely difficult if we had to mix an intramural injection of glucagon while keeping Emily safe during the seizure. The Baqsimi was easy to administer and worked quickly.”

For years, the only emergency glucagon treatment option to save a person suffering from seizure and/or unconsciousness due to severe hypoglycemia has been an “intramuscular glucagon injection kit.”

These kits require the person administering the glucagon to read small-print directions, follow several critical preparation steps including mixing one liquid solution with a powder solution, rolling the vial in your hands to mix it thoroughly together, then redrawing that solution into a syringe with a very thick needle.

Today’s newer options, like nasal glucagon, can be administered within seconds with one easy step of pressing a plunger. This simplified breakthrough in emergency glucagon treatment means saving a person’s life during severe hypoglycemia is easier.

All medications have potential side effects.  To learn more about Baqsimi and the most common side effects, click here:  https://www.baqsimi.com/baqsimi-basics

New Ways to Give to T1D Exchange 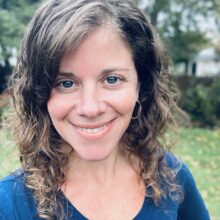 Are Diabetes Alert Dogs Worth the Investment?