There are approximately 900,000 people across the globe wearing a Dexcom continuous glucose monitor (CGM) today.

“Up from 600,000 at the start of 2020,” says Kevin Sayer, Dexcom’s Chairman, President, and CEO. “We’ve had a lot of patient additions this year with our top growth markets in the United States, Canada, the UK, and Germany.”

During a global pandemic, Dexcom has managed to increase their global users by 50 percent, launch their new “Hello, Dexcom” G6 sampling program, and prepare for the highly anticipated 2021 debut of their G7 technology.

“Compared to finger sticks, it’s like comparing the car to the bicycle,” says Sayer. “Once cars came, nobody was gonna ride their bike every day.”

Amidst it all, the true focus of Dexcom’s evolution stems from listening to the patient: What do patients need? Dexcom has clearly been listening.

“In the early days,” says Sayer, “it was, ‘This is what we can build so this is what you’re getting,’ and it’s not that way anymore.”

Dexcom is listening to the “patient voice” through many channels: focus groups, market research, independent organizations asking people with diabetes questions about what they need and want in their existing or future CGM technology.

“What we hear the most is easier, smaller, and better pairing with other technology,” says Sayer.

Sayer says the patient voice was “very loud” in the design and technology behind Dexcom’s highly anticipated G7 model.

“We made a commitment to disband everything we did for the G6 when we made the G7,” says Sayer of its innovative upcoming model. “We are starting over.”

A few of the G7’s most notable highlights include:

“You’d never know you have it on your body,” says Sayer who often wears the G7 even though he doesn’t have diabetes.

As for the future G8, Sayer says the design of the sensor likely won’t change, but instead they’ll continue to make the experience of the Dexcom software more and more customizable, giving each user the experience they need to make life with diabetes better.

Dexcom has made two major changes that help existing patients and potential new patients get their hands on the G6: getting your sensors through your pharmacy and the new “Hello Dexcom” G6 sampling program.

Getting sensors through your pharmacy

“We’ve worked very hard to make access to our technology easier, moving our business to the pharmacy channel with a prescription from your doctor,” explains Sayer.

For the first 5 years of its existence, a person with diabetes interested in using the Dexcom system had to contact Dexcom and their doctor, initiating a process of paperwork that could take weeks or months in the effort to get health insurance approval.

“It started off as an off-shoot from insulin pumps, so it was approached the same way. We’ll be very aggressive in the coming year by making it easier for patients to use Dexcom,” adds Sayer.

By putting Dexcom’s technology and continued supplies for ongoing use available through your pharmacy, it’s that much easier for people with diabetes to get started and continue using it.

If a person with diabetes wants to try using a Dexcom CGM but is still unsure if they’ll like it, the work to get insurance approval for one could be daunting, especially considering the price.

“We know patients want to just try it before going to the trouble of getting the prescription and paying for it,” says Sayer. “So we’ve created a system where patients can do that.”

The new “Hello Dexcom” sampling program allows patients to try one sensor for 10 days to see if they like it. If they want to continue, they’ll ask their doctors for a prescription, go through the steps to get insurance coverage, and continue using that sample transmitter for 3 months.

“It also gives patients the opportunity to compare the Dexcom to our competitors,” says Sayer. “We’re very comfortable with where we are if somebody tries our product.”

“We’ve tried very hard to manage the cost,” says Sayer. “For Medicare patients, we’re the least expensive option. Patients pay $50 a month less than they would pay for the Freestyle Libre.”

Trying to increase production while also improving the technology itself while also trying to lower the price is no easy feat, but the company is aware that using a Dexcom CGM is not affordable for everyone, especially those without health insurance.

For those without health insurance, Dexcom’s competition, the Libre, is significantly more affordable, at roughly $1,000 a year completely out of pocket, compared to the Dexcom costing closer to $5,000.

“We work continually to reduce co-pay costs and make it more efficient to go through the drug store,” adds Sayer. “You’ll see costs continue to come down.”

“We did not have a professional product for doctors to run patient diagnostics on,” explains Sayer. “Now, physicians can purchase the G6 Pro and run a blinded or unblinded supervised use of our CGM.”

Most physicians choose unblinded so patients can learn during the experience.

With the global COVID-19 pandemic forcing many patients to meet with their healthcare team via telemedicine, CGM technology has undoubtedly helped make the most of those appointments when patients can also easily share their CGM data through Dexcom’s Clarity software.

“Our clarity system makes it possible for physicians to have a home visit through telemedicine,” says Sayer.

“All patients have to do is give permission and their healthcare team can download a bunch of data. We’ve had numerous doctors come back and tell us how beneficial this is for telemedicine.”

Competing with other CGM technology

“The competition will not decrease,” says Sayer, “it will continue to increase, because this technology really provides answers for a very serious problem for patients with type 1 and type 2 diabetes and their health care team.”

Sayer says the CGM market in general has increased by 44 percent per year — an unheard of growth rate.

“We’ve learned a lot,” says Sayer. Considering Dexcom has been the leading product in the industry, Sayer knows they must work hard to maintain that position.

“We’re very focused on scaling the business — being able to treat millions of patients with diabetes versus hundreds of thousands,” explains Sayer. “The most important thing you need in order to do that is large-scale automated factories.”

Dexcom is building new facilities across the globe, including locations in Arizona and Malaysia.

“In the three years, we’ll have the capacity to build millions of sensors, keeping us in a very good position with our competition.”

Sayer says Dexcom’s compatibility with other technology is also a critical aspect of what they offer.

“We’ve designed products and a data platform where that data can be obtained and followed by anybody else the patient chooses to share it with,” explains Sayer.

“This is driven by what patients want, giving the patient the best experience they can have — and that isn’t just about the wearable part that’s on your body. That’s how we’ll stay ahead.”

Ginger Vieira was assigned this article before she began working for Dexcom.

We Honor These Words 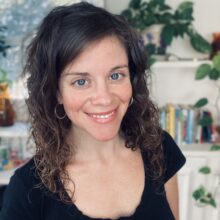 How a Person’s Race & Ethnicity Affect their T1D Care

Chatting with Dexcom CEO About the New G7, the Sampling Program, and the Patient Voice Cancel reply