Top Questions of the Day – September 2021

Thank you to every member of the T1D Exchange Online Community for inspiring others who come to this community for advice and to know they’re not alone. Here is what we learned from the 3 most popular questions of September 2021! 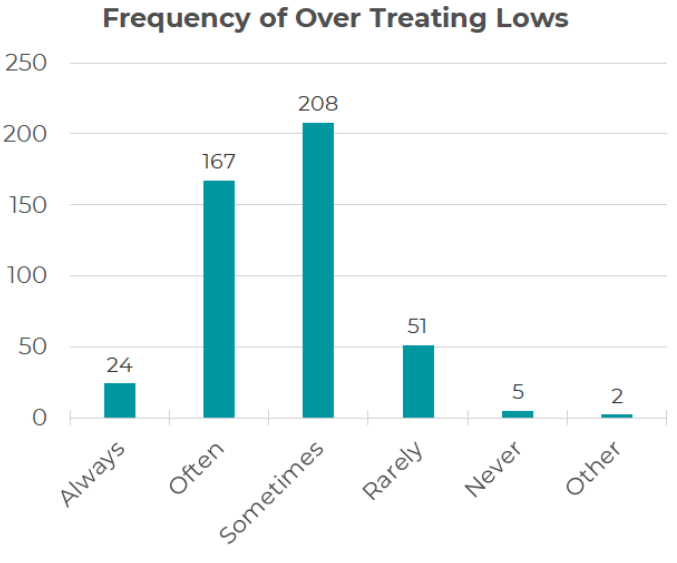 When treating a low (i.e, less than 70 mg/dl) how often do you over treat, resulting in high blood glucose levels?

Our most answered Question of the Day this month shows that almost everyone can identify with the unbearable feeling of waiting for a low BG to come back up. 87% of respondents to this question said they over treat their lows at least sometimes, with 5% reporting that they always over treat their low BGs.

Here’s what some community members said about their experiences: 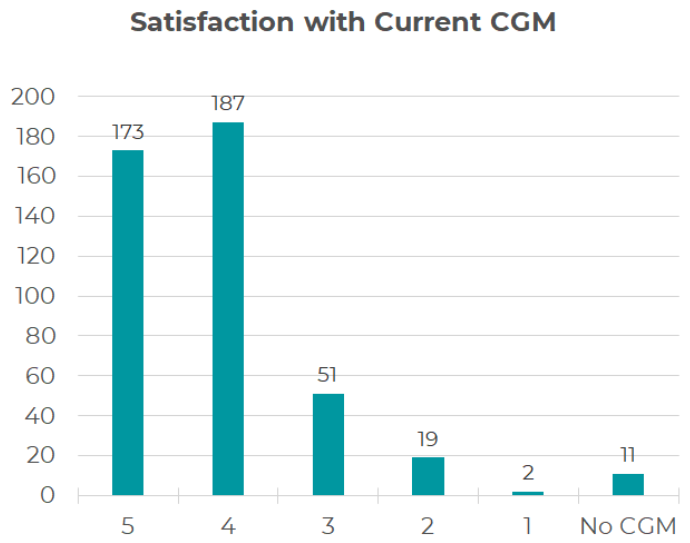 Our second most answered Question of the Day in September showed that the majority of people who use a CGM are quite satisfied with their devices. 81% of community members gave their CGM a 4 or a 5, and 39% said they are the most satisfied.

Here are the most popular comments for this question: 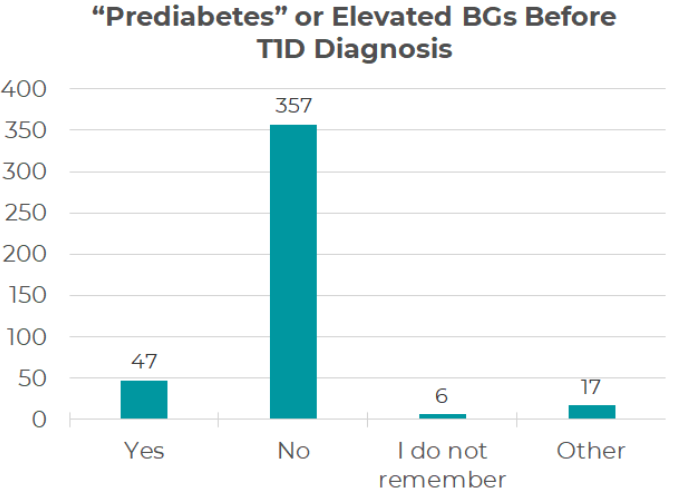 The third most answered Question of the Day this month. The vast majority of people who responded said they had not been told by a healthcare provider they had elevated BG levels or “prediabetes” before diagnosis, however 11% answered “yes”.

Many commenters noted that at the time they were diagnosed, there was no way to tell if a person had T1D or type 2 diabetes, let alone prediabetes. Several other community members told their stories about being diagnosed with type 2 diabetes before later receiving the correct diagnosis of T1D.

Here is what some folks in our Online Community shared:

We learn something new every day from this community’s Question of the Day responses. Thank you for sharing your experiences and wisdom with us!

If you are not already a member of the T1D Exchange Online Community, join us by clicking the “Join” button at the top of this page.

Sarah Howard, 1 month ago 4 min read
Questions of the Day

A Big Holiday Bolus This Season

Ginger Vieira, 2 months ago 5 min read
Questions of the Day

What We Learned from the Online Community in November