Thank you to every member of the T1D Exchange Online Community for inspiring others who come to this community for advice and to know they’re not alone. Here is what we learned from the 3 most popular questions of June 2021! 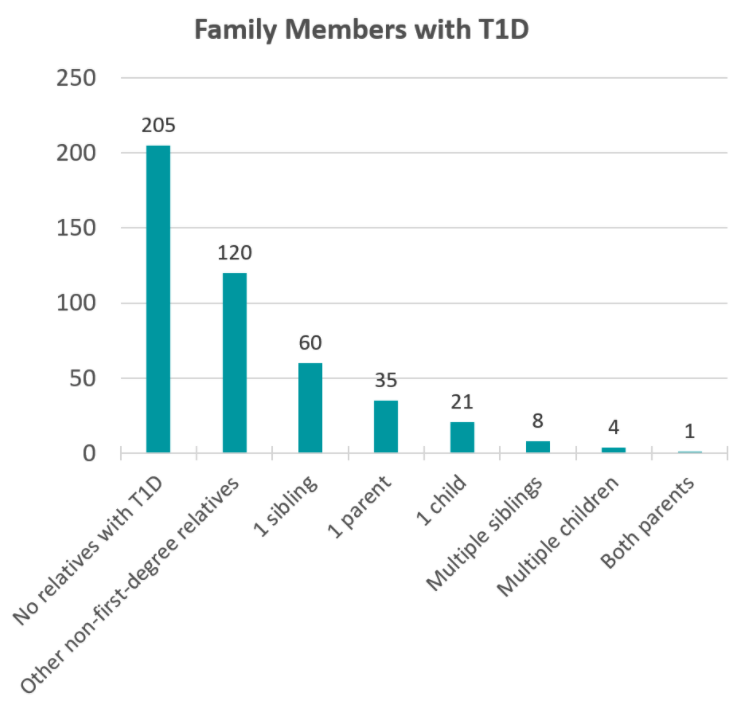 If you have T1D, have any of your family members listed below also had T1D? Select all that apply.

June’s most popular Question of the Day received responses from 403 people, with 460 of the options selected. About half of respondents to this question selected that they have no relatives with T1D at all, but on the other hand, 29% have at least one first-degree relative with T1D.

Several commenters discussed how they were the only ones in their families with T1D, but several told stories about their diagnoses as well as those of their family members. Others theorized about potential triggers for T1D.

Here are some popular comments for this question: 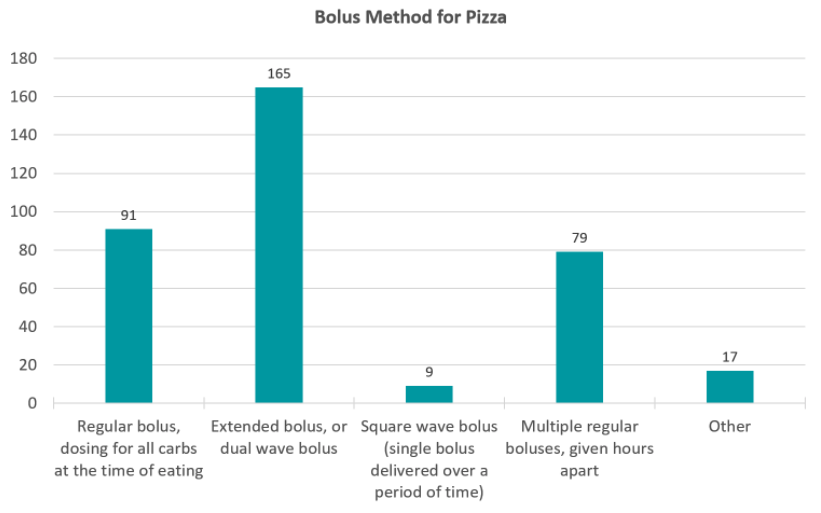 How do you bolus for pizza?

Pizza is a notorious food among people with T1D. We wanted to gauge how people bolus for pizza, and we got a wide variety of responses.

43% of people who answered this question responded that they give themselves an extended bolus, or a dual wave bolus. This is a bolus option on many insulin pumps that delivers some insulin immediately, and some insulin delivered over an amount of time selected by the user.

Here’s what some community members say works for them: 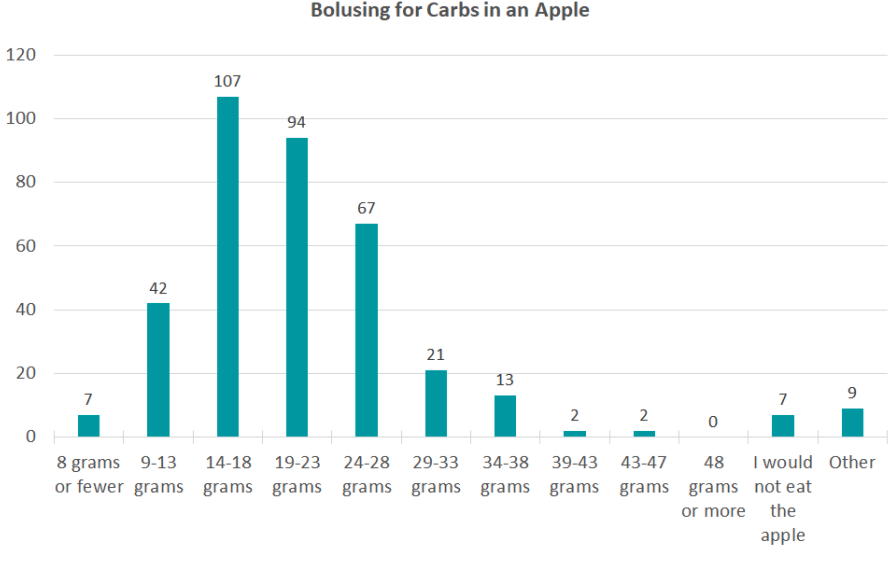 If you were about to eat a medium-sized red apple and were unable to measure the exact size of the apple or look up the carb count, for how many grams of carbs would you realistically bolus?

The third most popular question of the past month was asked because the size and sweetness of apples is so variable, but we wanted to see how people bolus when they are handed an apple that they are not able to measure.

The most common answer to this question was 14-18 grams, with 28% of people selecting that response. Only 11% said they would bolus for 29 or more grams of carbohydrates, and another 2% of respondents said they would not eat the apple if they were not able to measure it or look up the carb count for that specific type of apple.

Here is what some folks in our Online Community shared:

We learn something new every day from this community’s Question of the Day responses. Thank you for sharing your experiences and wisdom with us!

If you are not already a member of the T1D Exchange Online Community, join us by clicking the “Join” button at the top of this page.