Top Questions of the Day – February 2022

Thank you to every member of the T1D Exchange Online Community for answering the Questions of the Day, inspiring others, and sharing your expertise with this community. Here is what we learned from the 3 most popular questions of February 2022! 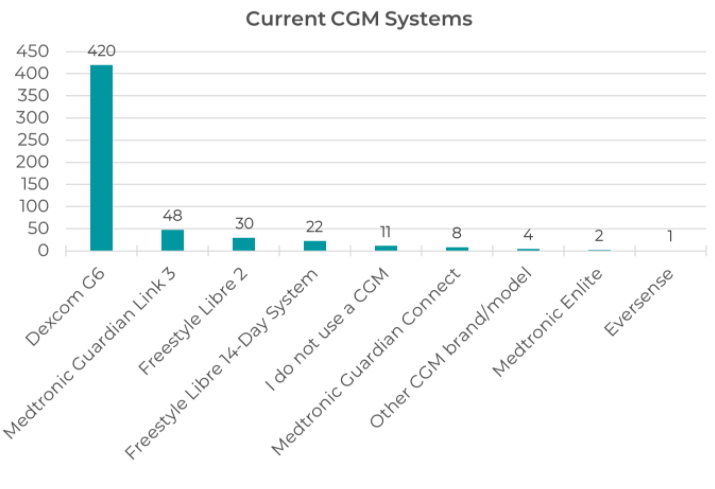 Do you currently use any of the following CGM systems?

Our most answered Question of the Day in February received 546 responses! We learned from this question that 77% of our community uses a Dexcom G6, while 10% use one of the Freestyle CGMs listed, and about 11% use one of the Medtronic CGMs included in the list of options.

Here are some popular comments from the community: 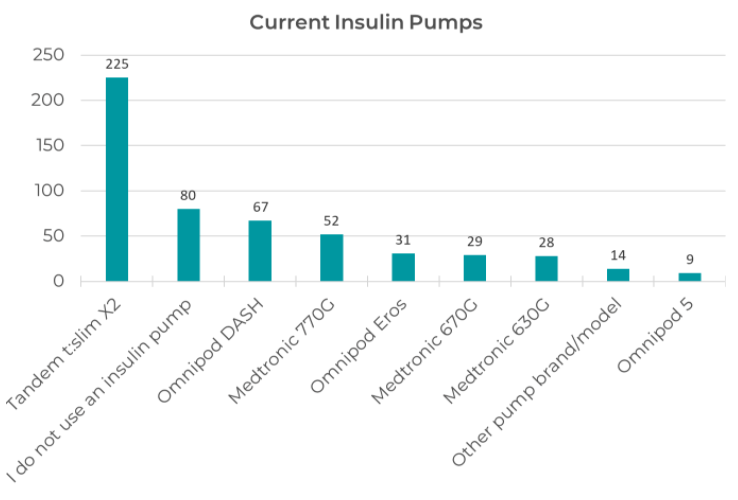 Do you currently use any of the following insulin pumps?

The second most answered Question of the Day in February 2022 received 535 responses! The most common insulin pump used by members of our Online Community is the Tandem t:slim X2, with 42% of the responses to this question. The total percentage of people who selected that they use one of the three Medtronic pumps listed was 20%, and another 20% selected that they use one of the Omnipod pumps listed in this question. 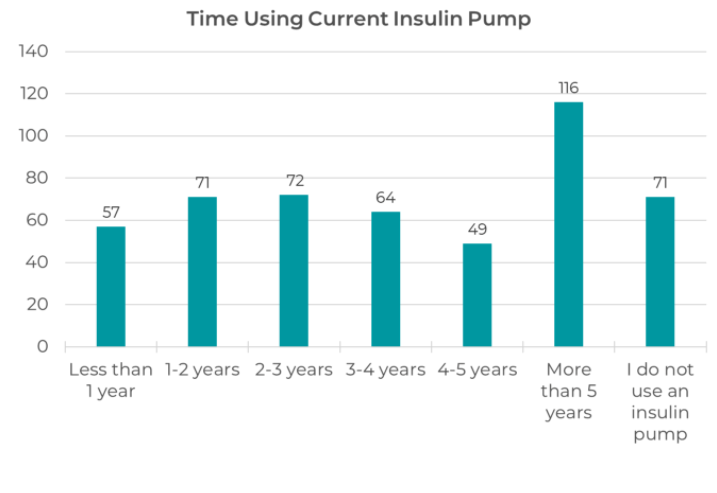 If you use an insulin pump, how long have you used this brand/model of pump?

The third most popular Question of the Day in February received 500 responses. We asked this question to gauge if there have been any recent years where more people upgraded pumps than other years and if people tend to upgrade their insulin pump as soon as their warranty expires, which is four years for many people in our community.

The distribution of responses was fairly similar from year to year, with between 10 and 14% of respondents selecting each year. The most frequently selected answer was “more than five years”, with 23% of respondents choosing that option.

Here are some comments that generated some conversation:

Do You Ever Change Your Lancet?

Samantha Robinson, 3 weeks ago 2 min read
Questions of the Day

A Big Holiday Bolus This Season

Samantha Robinson, 1 month ago 3 min read
Questions of the Day

What We Learned from the Online Community in November

Samantha Robinson, 2 months ago 5 min read
Questions of the Day

Samantha Robinson, 3 months ago 5 min read
Questions of the Day

Top Questions of the Day – September 2022