Thank you to every member of the T1D Exchange Online Community for answering the Questions of the Day, inspiring others, and sharing your expertise with others. Here is what we learned from the 3 most popular questions of August 2021! 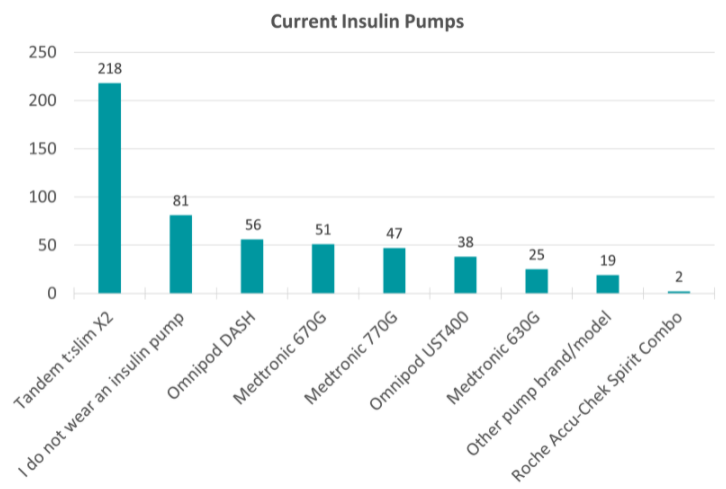 1.) Do you currently use any of the following insulin pumps?

August’s most answered Question of the Day had 537 responses! The most common insulin pump used by members of the Online Community is the Tandem t:slim X2, with 40% of the responses to this question. The total percentage of people who selected that they use one of the three Medtronic pumps listed was 23%, and about 18% selected that they use one of the two Omnipod pumps in this question.

Many commenters who selected “Other” noted in the comments that they use Omnipod Eros and were unsure about the option for Omnipod UST400. As mentioned in our Behind the Scenes of Question of the Day article, the writer(s) of a question may not always know the full scope of responses to a question, as each of us are writing through our own lens of the T1D world.

For questions like the above which require a list of all possibilities, we do our best to research the options. In this question, which I wrote, I found very unclear information through my web searches about what the older Omnipod models are called. After reading through the comments, I’ve learned that before Omnipod DASH, we had the Omnipod Eros. I often say that I learn something new from Question of the Day every single day, and it’s true!

Here are other quotes from comments that generated some conversation on this question: 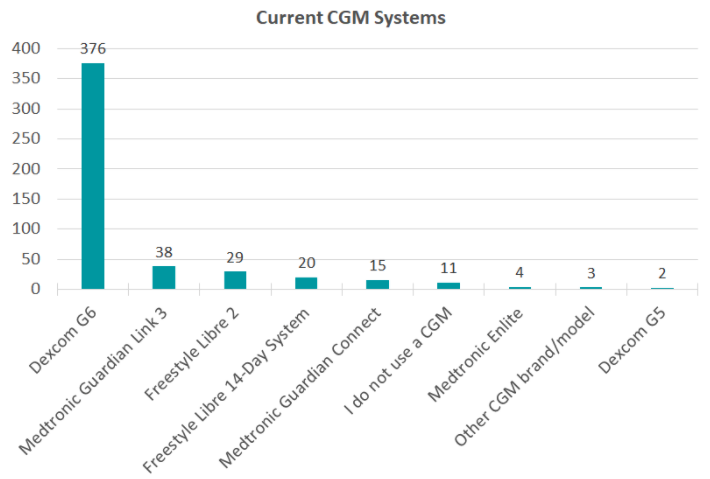 2.) Do you currently use any of the following CGM systems?

Our second most popular Question of the Day in August had 498 responses! We learned from this question that 75% of our community uses a Dexcom G6, while 10% use one of the Freestyle CGMs listed, and about 11% use one of the Medtronic CGMs included in the list of options.

Although not all CGMs listed in this question are available from the device companies anymore, we know that some people could be using discontinued versions and did not want to rule out the possibility. For example, the Dexcom G5 sensors were discontinued, however we see in the responses to this question that there are still a couple of Dexcom G5 users. 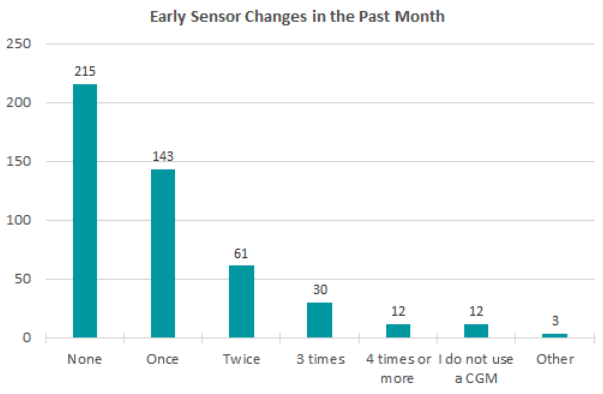 3.) If you wear a CGM, how many times in the past month have you had to change your sensor more than 24 hours before its session expired?

Our third most answered Question of the Day received 476 responses. Although the most common response was “None” with 45% of the votes, more than half of respondents to this question had to change their sensor more than one full day before it expired.

Early sensor changes could happen for many different reasons, including inaccurate readings, accidentally ripping the sensor out, lack of sensor readings, having to remove it for a medical procedure, or general sensor failure alerts. Commenters mentioned that device companies are often good about replacing the sensors when the early sensor change is reported.

T1D Exchange Appoints Two New Members to its Board of Directors