Preeclampsia and other pregnancy outcomes in nulliparous women with type 1 diabetes: a retrospective survey

Obstetric complications are more common in women with diabetes than in the general population. This study aimed to learn about the first pregnancy of women with type 1 diabetes from the perspective of women from T1D Exchange-Glu and the T1D Exchange Clinic Registry. Participants were ≥18, diagnosed with type 1 diabetes before conception, and either currently pregnant or had given birth in the preceding 10 years. The final sample size was 533 women. Women who planned pregnancy had significantly lower HbA1c (A1c) at conception. Women who had higher A1cs at conception were at a higher risk for cesarean birth, increased weight gain, hypoglycemia during pregnancy, and earlier onset of preeclampsia. Overall 29% of women developed preeclampsia in this population, over seven times the rate in the general population. This study helps to expand our knowledge of women with type 1 diabetes during the perinatal period. Planning pregnancy, expanding education and support, and preventing preeclampsia may help to improve pregnancy outcomes. 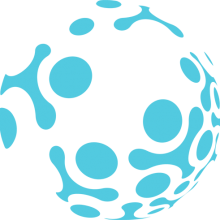 Prevalence of Fear of Hypoglycemia in Adults with T1D: Results of a Newly Developed Screener

Preeclampsia and other pregnancy outcomes in nulliparous women with type 1 diabetes: a retrospective survey Cancel reply