It’s a new year, which for many people means it’s time to set new health goals. Eat more mindfully. Start going to the gym. Turn off screens an hour before bed.

While some folks can successfully incorporate these new goals into their daily lives, many others aren’t able to make a permanent change.

For people living with type 1 diabetes (T1D), having such a demanding chronic illness already takes up so much time and attention during the day: meticulously count carbohydrates, check blood glucose and keep an eye on diabetes tech, engage in physical exercise and adjust insulin accordingly.

No one lives in an isolated bubble where their only responsibility is to manage their diabetes. The tasks people living with T1D engage in every day already take up a lot of attention, effort and time. So, it’s not surprising that incorporating new health goals – diabetes-related or not – can be especially challenging, even when folks know that engaging in these behaviors is good or a worthwhile aspiration.

Diabetes Self-Management and the Role of Habits

Decades of research in diabetes consistently shows that engaging in self-management behaviors (like monitoring blood glucose) is associated with more ‘optimal’ diabetes outcomes. Lee and colleagues (2021) from the T1D Exchange Quality Improvement Collaborative presented data at the American Diabetes Association’s 2021 Scientific Sessions that showed people who engage in a specific set of diabetes-related ‘habits’ (like, using an insulin pump, checking blood glucose at least 4 times a day) had lower HbA1c levels compared to people who did not engage in these habits.

Breaking down self-management tasks into measurable outcomes is important for health care professionals and researchers. It allows us to see which behaviors translate into different outcomes.

As a health psychologist, I am more interested in individual level of behavior. I was especially intrigued by the use of the word ‘habit’ in this work and how we might be able to empower individuals living with T1D by using the science behind habits.

In conversation, the word ‘habit’ is often used synonymously with any behavior. People are encouraged to engage in “good habits” and avoid “bad habits”. However, there are some problems with definitions like this, as Benjamin Gardner (2015) describes in his review. Instead, Gardner (2015) defines a habit as a learned process where we act or react to something in our environment, often outside of our awareness.

Habits are incredibly powerful. It takes more mental effort to avoid the impulse to engage in the behavior than it does to perform the action.

The above example consists of a simple action. Is it possible to make complicated behaviors like diabetes self-management into a habit that requires less active thinking and attention? Although there is a limited amount of research about habits as ‘learned impulses’ and automatic behaviors specific to T1D, a newly published study is insightful.

Dr. Caroline Cummings and colleagues (2021) examined one important aspect of habits – automaticity – in teens living with T1D. In this paper, automaticity is described on a continuum – meaning, behavior could be entirely effortful (not automatic), entirely habit (fully automatic), or somewhere in between. As there are degrees of automaticity, even complicated behaviors that take a lot of effort can be made more habitual. The researchers found that when teens reported higher automaticity in their self-management behaviors, like checking blood glucose, they also reported fewer disruptions (called ‘daily self-regulation failures’) to blood glucose checking.

Creating ‘habits’ out of self-management behaviors not only decreases how much people with diabetes need to think about each task – thereby alleviating a bit of cognitive burden – but it also increases the likelihood that people with diabetes will successfully and consistently engage in that behavior.

Benjamin Gardner and colleagues (2012) have created a toolkit to help people establish habits. The first step is to make a goal. Then choose one simple action that moves you towards that goal. The rest requires planning around your chosen action, including – the time of day and where you will perform this behavior – and then doing that action each day.

For diabetes, establishing a goal that can be achieved through habit can be tough – especially if you’re feeling overwhelmed with a particular aspect of self-management or overwhelmed with other parts of your life. It may be an admirable goal to ‘get your HbA1c below 7.0%’, but there are too many moving parts to transform this into a habit.

Think about which areas are getting disrupted most in your daily life. It also may be helpful to consider things that lead to more disruptions. Is it difficult to remember to check your blood glucose during the workday? Establishing a time and place to take a break – where you also happen to keep your supplies – may lead you to be able to engage in glucose checking at this time more consistently.

Is it something more complicated, like feeling you don’t have the energy to think about your meals and calculate your carbs (with adjustments) accurately for managing your insulin? Even this can be broken down into actions that are simpler and have positive impacts on diabetes self-management. Consider trying to establish a habit after grocery shopping to weigh and portion your foods for how you’ll cook or otherwise use them. Although this is not a habit that is directly related to carbohydrate counting every day, you may find it decreases the additional effort you need to put into measuring if you have the information written down ahead of time.

Finally, the point that Cummings et al. (2021) makes about habits existing on a continuum is a crucial one to remember. You might not be able to make every part of your self-management routine entirely automatic, but it may be possible to move many of the behaviors in self-management away from entirely effortful to somewhere in between. Even this bit of movement might be enough to help alleviate some cognitive burden and free your attention and time up for all those other moving parts of life we deal with every day. 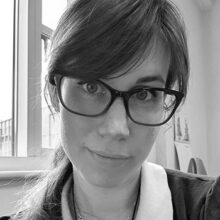 Caitlin Kelly, PhD, has a background in developmental-health psychology and has worked in diabetes research (both type 1 and type 2) since 2012. She grew up watching family members manage life with T1D. She loves sharing ways in which behavioral science might help make living with a difficult chronic illness like diabetes more manageable.

Weight Bias and Health at Every Size®

Fear of Hypoglycemia and Its Impact

How to Have a Safer Holiday