For the 2nd anniversary of the Registry, we want to show our entire community the impact that so many people with type 1 diabetes (T1D) have made by sharing their experiences. Over the past two years we’ve gathered the stories of nearly 15,000 people to better understand how people with T1D are doing collectively, and potentially identify trends and improve the future of T1D care.

If you are not familiar, the T1D Exchange Registry is a long-term research study open to adults and children with T1D living in the United States. The Registry aims to give a snapshot of how people with T1D are doing and identify what can improve. Participants complete a questionnaire once per year and can participate in other optional T1D research studies through their Registry Dashboard.

Not yet part of the T1D Exchange Registry? Join us!

We’re kicking off our Registry insights campaign by looking at device usage and health outcomes such as:

DISCLAIMER: All data presented below is only representative of participants in the T1D Exchange Registry. This data does not indicate any causation in its current format, but rather presents the Registry data as it exists in June 2021. 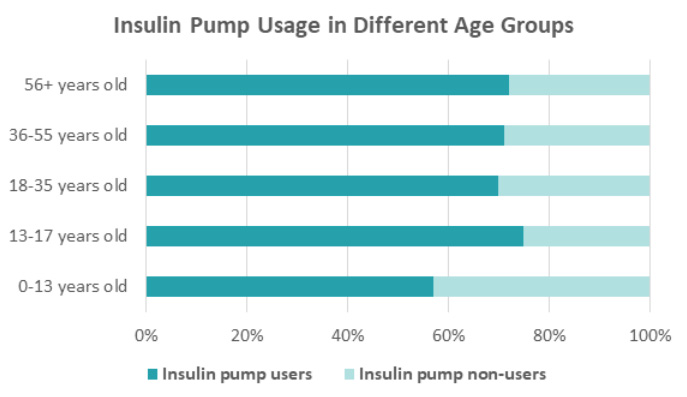 In the Registry, what percentage of people in different age groups wear an insulin pump?

The lowest rate of insulin pump usage in the Registry is among children under age 13, whereas the closest age group of teenagers 13-17 years old had the highest percentage of pump users. Beyond age 13, the insulin pump usage rate is consistent throughout the other age groups in the 70-75% range.

Participants in the Registry are people who have chosen to engage with T1D research. They may be more likely to adopt and access new technologies than the general T1D population. 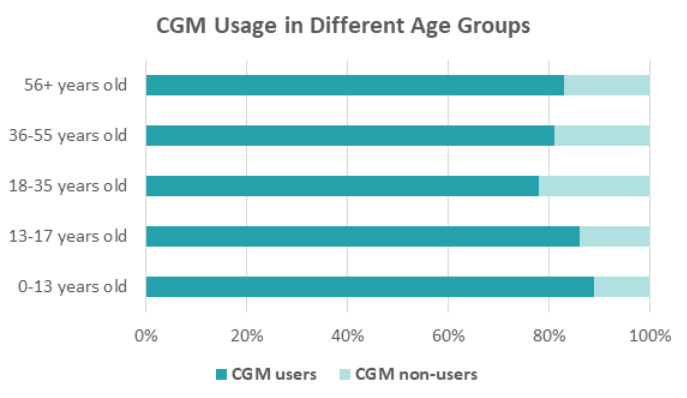 In the Registry, what percentage of people in different age groups use a CGM?

In contrast to the previous insight, the age group with the highest rate of CGM usage in the Registry is children under 13 years old. Even though younger adults ages 18-35 have the lowest rate of CGM usage, still more than three-quarters of this group use a CGM.

Overall, the rate of CGM usage in the Registry is substantially higher than insulin pump usage. 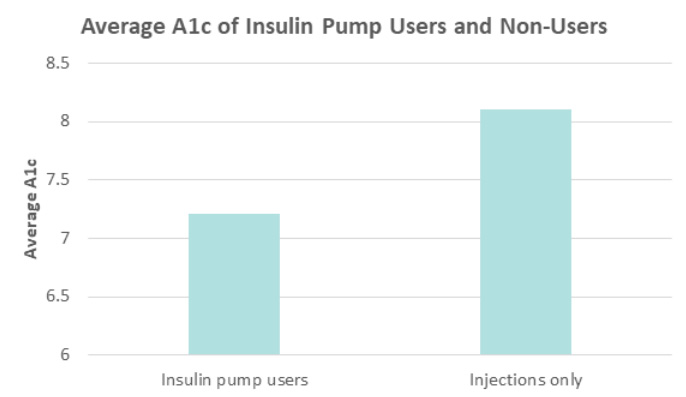 In the Registry, what is the average A1c of people who use an insulin pump and those who do not?

The difference between the average A1c for insulin pump users and non-users is roughly 0.9%.

This Registry data is consistent with recent T1D Exchange studies from our Quality Improvement Collaborative that show that insulin pump usage is associated with maintaining target blood glucose levels. 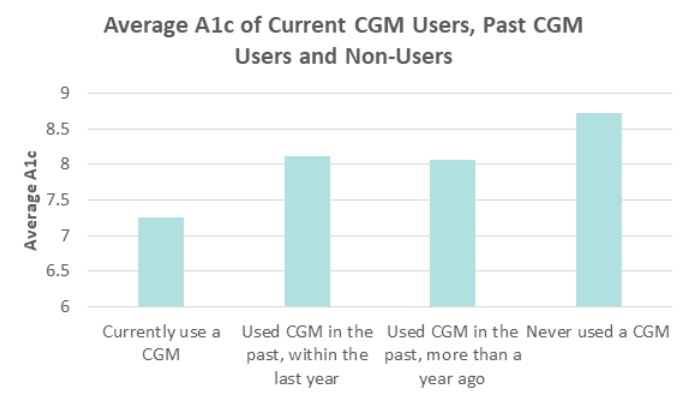 This insight from the Registry shows that the average A1c is much lower for participants who use a CGM compared to those who do not. There is a wide difference in A1c levels between those who currently use a CGM and those have never used a CGM of nearly 1.5%.

This Registry insight is again consistent with recent T1D Exchange studies from our Quality Improvement Collaborative that show that CGM usage is associated with maintaining target blood glucose levels. 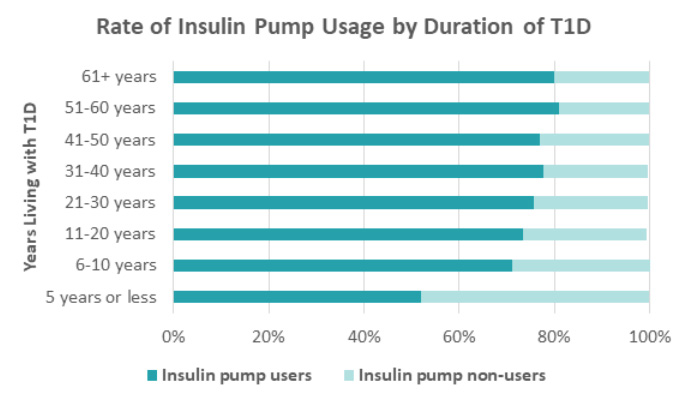 In the Registry, what is the rate of insulin pump usage in groups of people who have lived with T1D for different lengths of time?

Among people who have lived with T1D for 6 or more years, the rate of insulin pump usage varies between the groups by approximately 10%.

Over the coming weeks, we’ll be sharing more insights from the T1D Exchange Registry at T1DExchange.org and on Instagram (@T1DExchange)!

And if you haven’t already, join the T1D Exchange Registry today and add your story to ours!

What We Learned from the Online Community in July 2021

Latest News on CGM and Dexcom Straight from the CEO, Kevin Sayer