Those of us living with type 1 diabetes (T1D) hear a lot about the destruction of insulin-producing beta cells — but rarely does anyone discuss the other hormones we don’t produce thanks to our immune system’s attack on islet cells.

In November, Ginger Vieira described how beta cells are responsible for producing both insulin and amylin. This month, we delve deeper and explore the other key cells impacted by the autoimmune attack that causes T1D, thanks to research and insights from Claresa Levetan, MD.

Beta cells are only one of the five cells inside the Islets of Langerhans (islets). Islets are clusters of pancreatic cells, with each islet containing up to a few thousand endocrine cells. The autoimmune attack of the beta cells results in islet death, too. Unfortunately, too often the terms beta cells and islets are mistakenly used interchangeably.

Pancreatic islets contain alpha, beta, gamma, delta, and epsilon cells. These five cells communicate constantly within the islets to secrete six hormones that maintain blood glucose levels within a very narrow range in those living without T1 or T2 diabetes.

Islets cells and their roles

Postmortem evaluations on people with T1D and T2D both show a loss in the number of beta cells and a reduction in the number of islets and islet mass. See where this is leading? Due to human physiology, insulin alone cannot restore entire islet function to achieve “normoglycemia.” Once the beta cells die, the communication within the islets becomes dysfunctional.

Consider that, in those living without diabetes:

Relatively few living with T1D can meet all three normoglycemia criteria above. With only insulin, food choices, and exercise — and even with new semi-automated insulin pumps and CGMs — people with T1D cannot be expected to mimic the intricate communication of the five islet cells 24 hours/day.

Imagine running today’s automobile on fuel and engine oil alone. No coolant, no transmission fluid, and no brake fluid. How well would that car run, and for how long? That’s akin to what is expected of many people with T1D: to run the pancreas well on fuel (food) and engine oil (insulin) alone. There should be no shame in using other medications to compensate for your body’s inability to properly produce all six critical hormones.

In 1921, over 100 years ago, Dr. Frederick Banting isolated insulin, with several options now available. Eighty-four years later, in 2005, Symlin (pramlintide) was FDA-approved for T1D patients to mimic amylin. Nothing else on the U.S. market is FDA-approved to help mimic other islet hormones in T1D patients. (Unfortunately, Symlin’s side effects and general instability have prevented it from becoming very popular. It also requires multiple daily injections with meals.) Devices like insulin pumps and CGMs have made the hour-by-hour management of T1D more bearable, but they’re not direct treatments.

T2D patients, however, have several options including biguanides (e.g., metformin), incretin mimetics (e.g., GLP-1s), and SGLT2 inhibitors. Some endocrinologists prescribe these therapies off-label to those with T1D, under informed consent and with success; but these may not be covered by insurance, becoming cost-prohibitive.

Recent U.S. studies of GLP-1 use in T1D management show great promise: two studies indicated that there were no major trends in negative outcomes among people with T1D who received GLP-1 with insulin therapy: HbA1C, body weight, and insulin doses were more effectively reduced than with insulin alone. And while there was an increased risk of hypoglycemia, the authors noted that hyperglycemia with ketosis was seldom, and without ketoacidosis.

Although we’d prefer a cure, people with T1D may soon have more therapies available to better manage blood glucose directly. In the meantime, as you balance your insulin (and maybe amylin), food choices, and exercise, channel Dr. Levetan:

“Your pancreas is non-compliant, not you.”

What We Learned from the Online Community in December 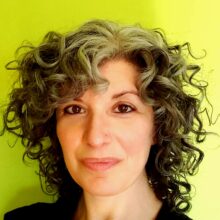 Cris is a scientist, technical writer, and bread baker in the Philadelphia area. She lives with T1D and six other autoimmune diseases and syndromes. Cris' husband of 20+ years and two kids stick by her no matter what T1D throws at her! She has a rich Portuguese heritage, speaks four languages, loves travel, music, cooking, and hiking.

5 Habits That Help Me Thrive with Type 1 Diabetes